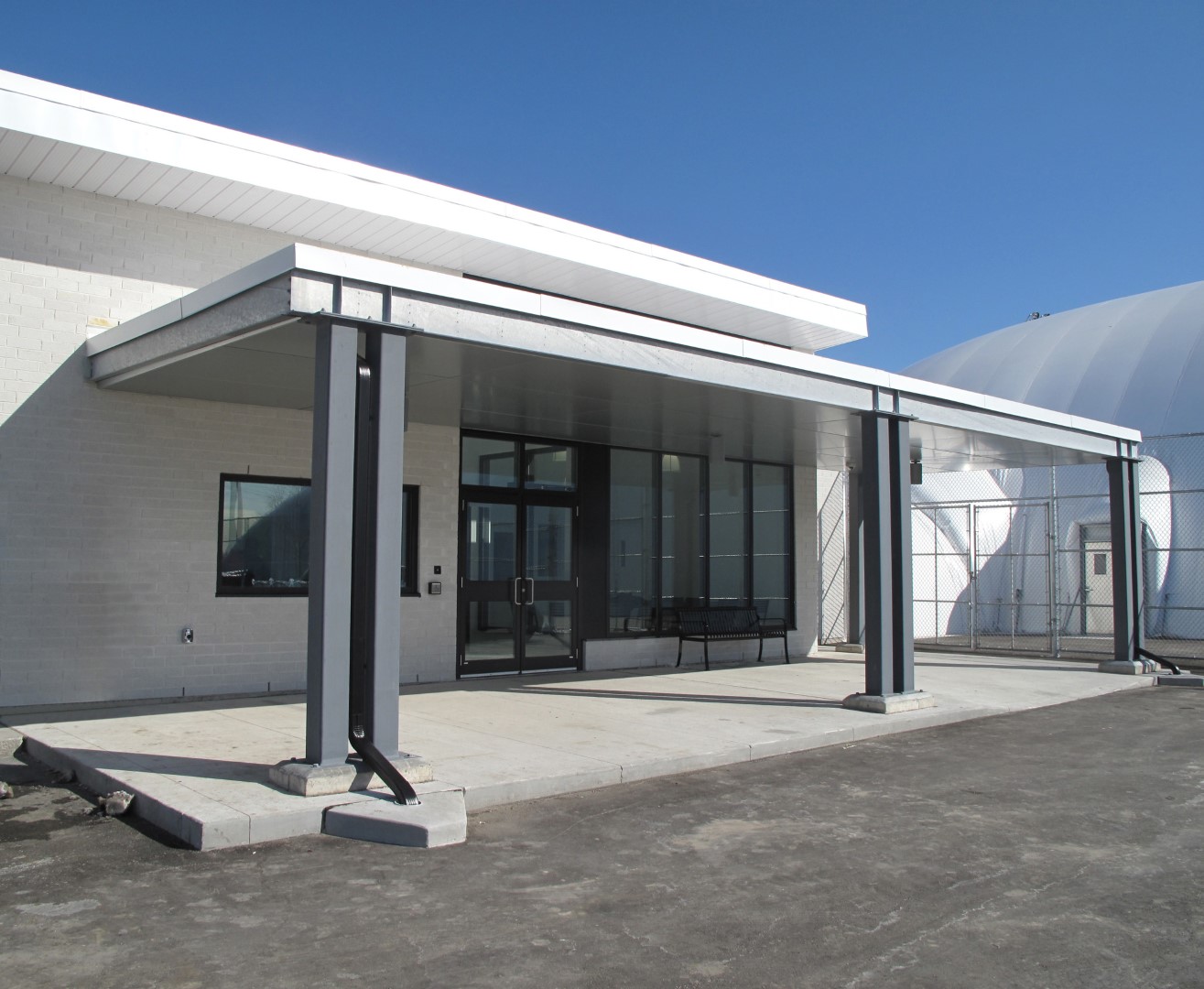 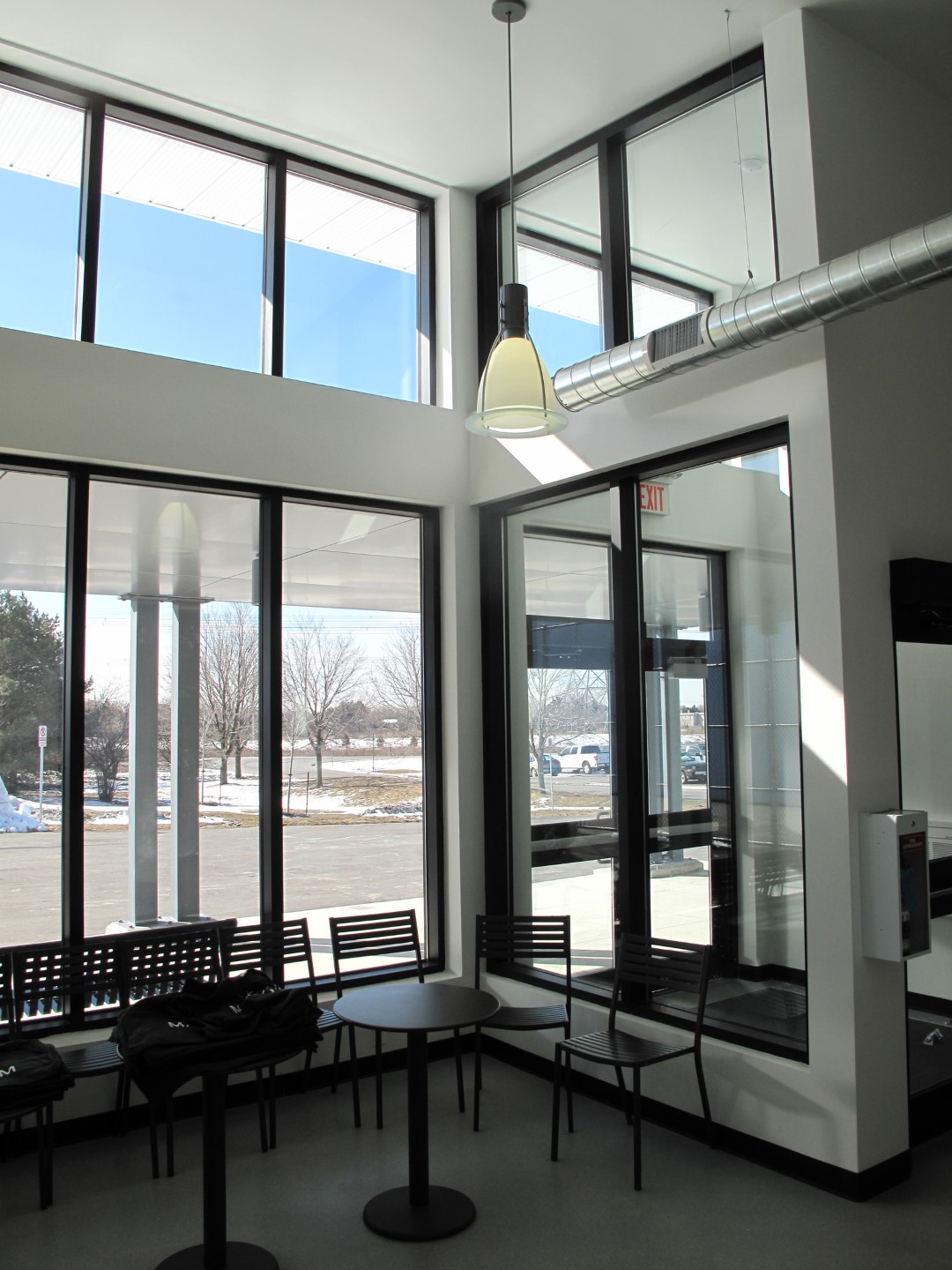 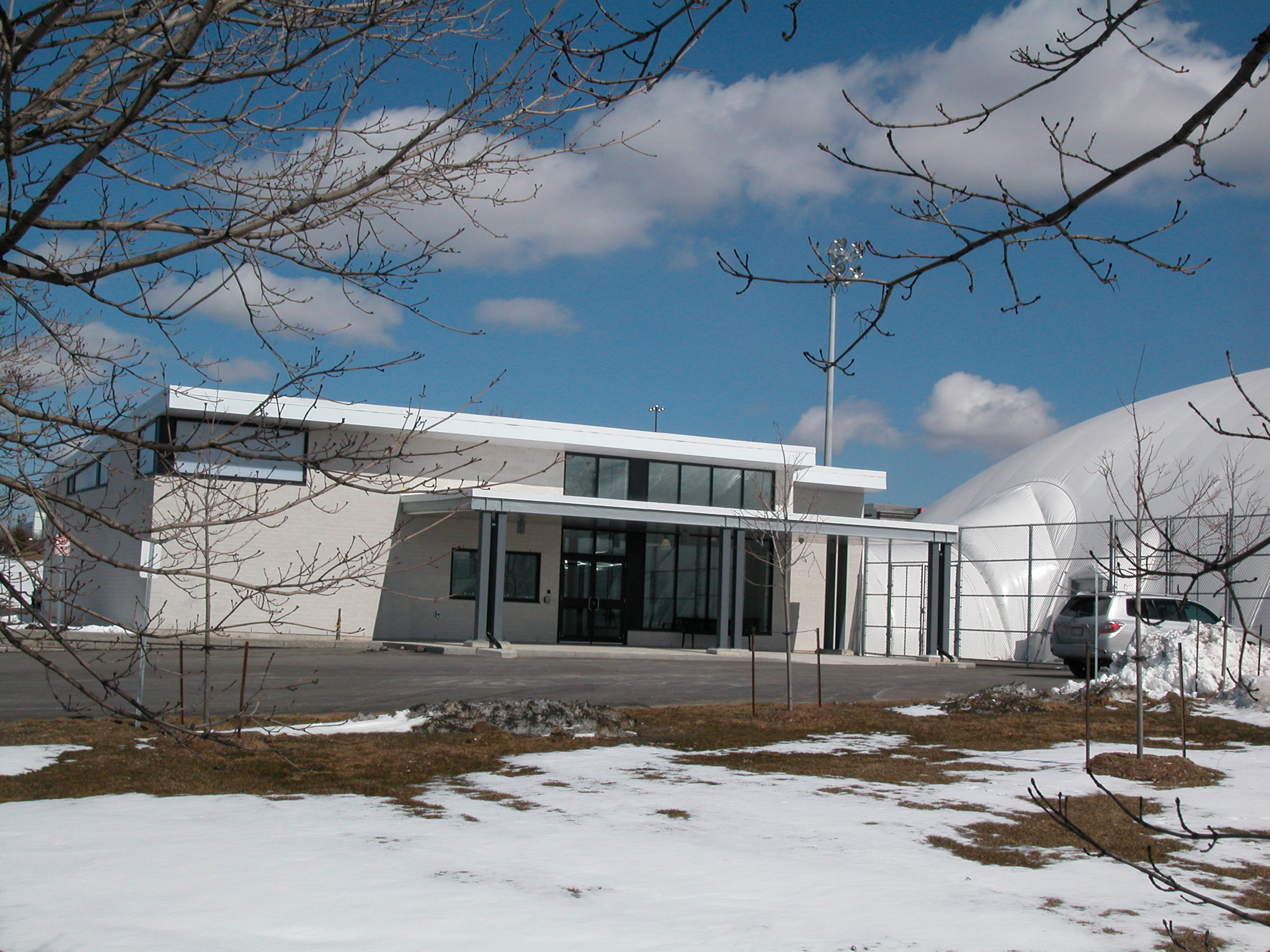 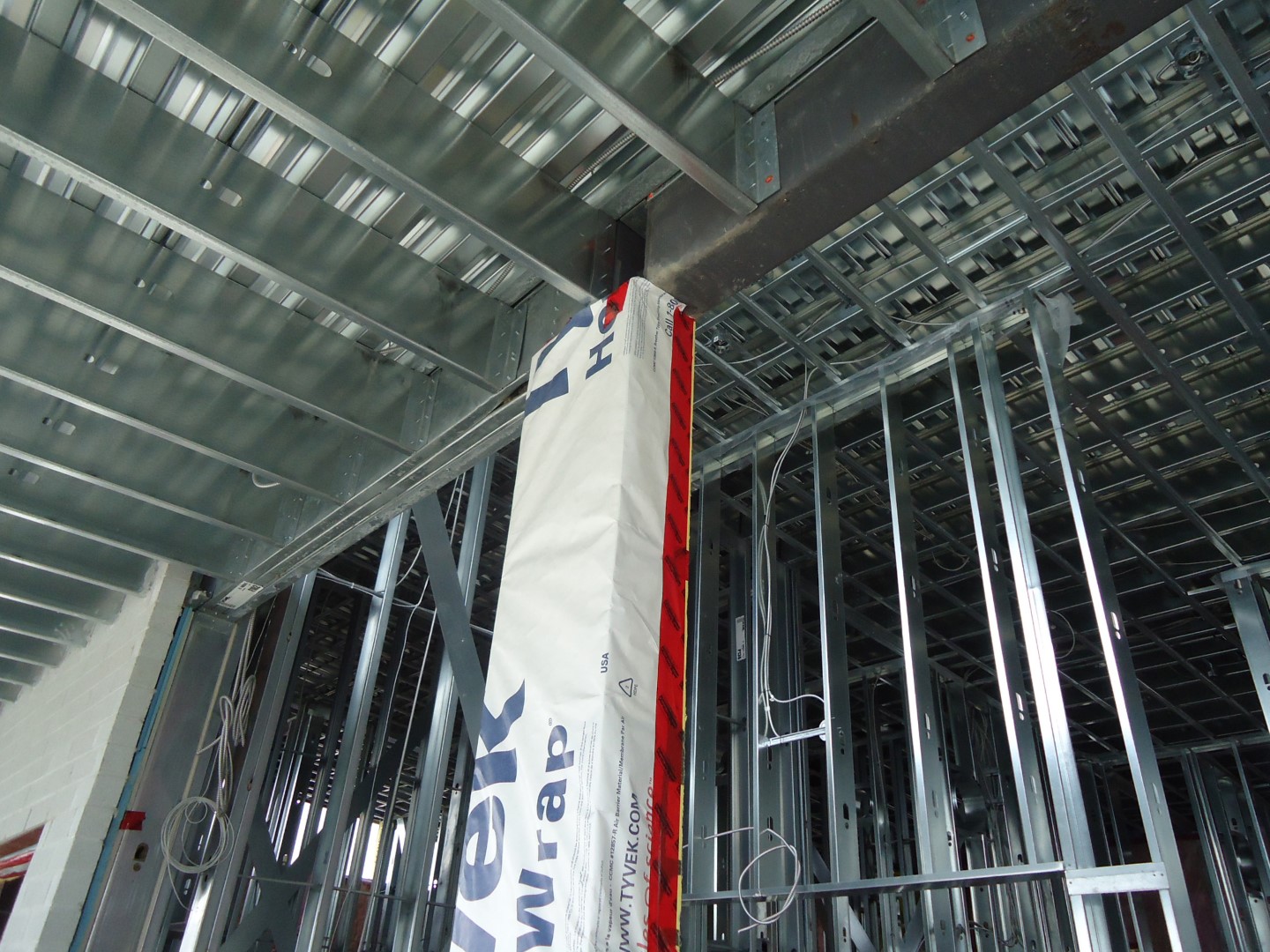 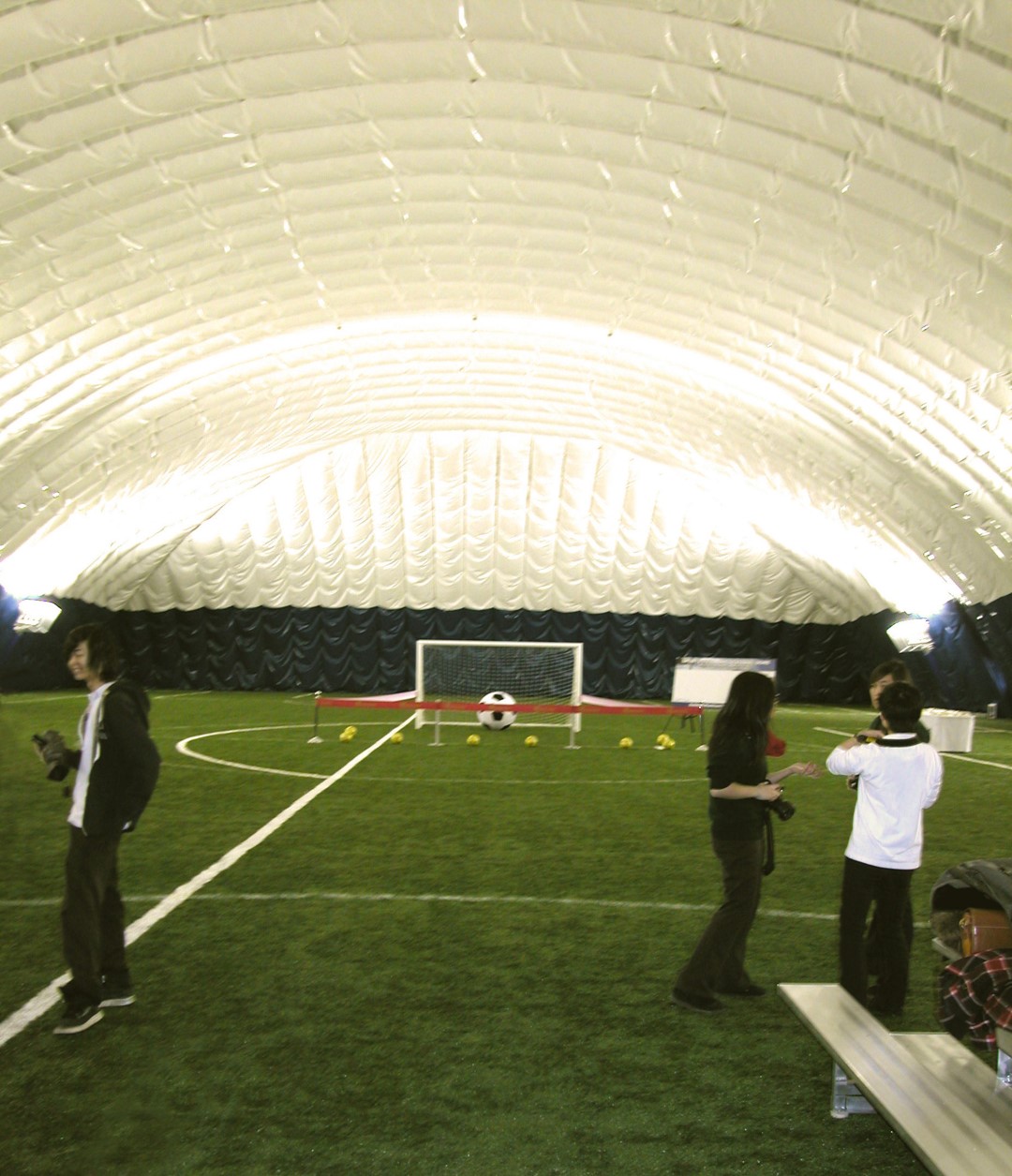 The Markham clubhouse at St. Robert Catholic high school began as the alteration of portables that were no longer being used to provide washrooms and change rooms to the users of the proposed artificial turf field and air supported structure.   All parties quickly realized that this was not the right choice.  The Town of Markham and York Catholic School Board joint ventured to create a regulation size artificial turf field that would have one third covered by an air supported dome in the winter months.  It would be connected to the clubhouse by an air lock.

Once it was determined that the clubhouse needed to be constructed from the ground up, ATA set off to create a modern design complete with four change rooms, men’s and women’s washrooms, offices for the Town of Markham and the Thornhill Soccer Club and a gathering area in the foyer.  The entire structure of the building is prefabricated light gauge steel with white brick cladding.  The stark cladding is accented by a large canopy and oversized windows which flood the entrance and foyer with light, not heat.  The canopy and extended roof overhang protect the glazing from the summer sun.  The interior of the building continued the open feeling by utilizing the height of the sloped ceiling, bright colours and interior windows to allow light to pass through into the offices; as well as, provide security for the users.

The construction first began by preparing for the artificial turf field with the foundations of the clubhouse following shortly behind.  The entire construction budget for the project was $1.5 million, $800,000.00 of which was allocated for the construction of the clubhouse.  The project was financed with infrastructure funds under the Federal Stimulus Program with a completion mandate of March 31, 2011.  Construction was in fact completed in February 2011, one month ahead of to the deadline bringing it in on schedule and on budget.  This project was the first of the Town of Markham’s infrastructure projects to be completed.