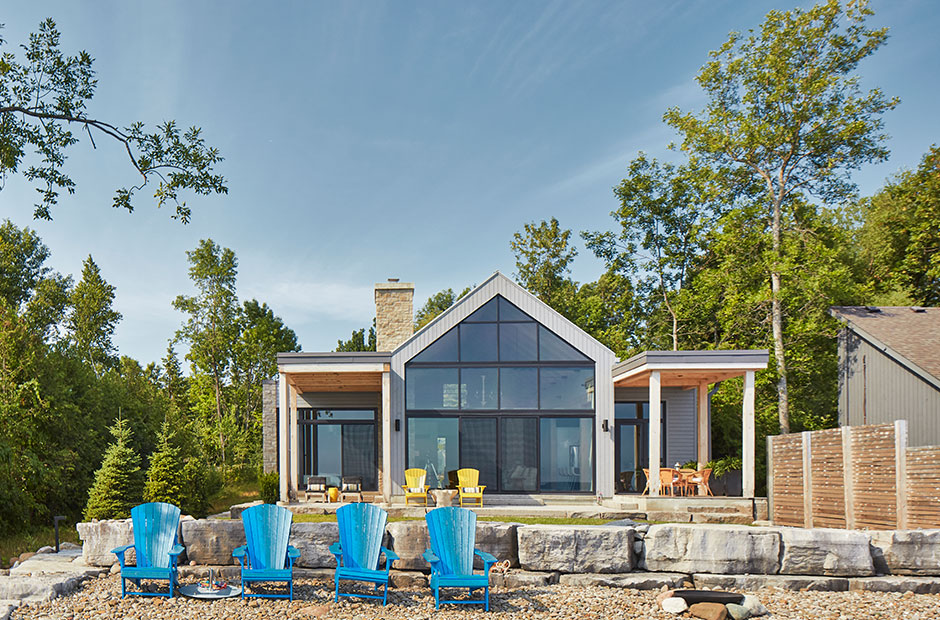 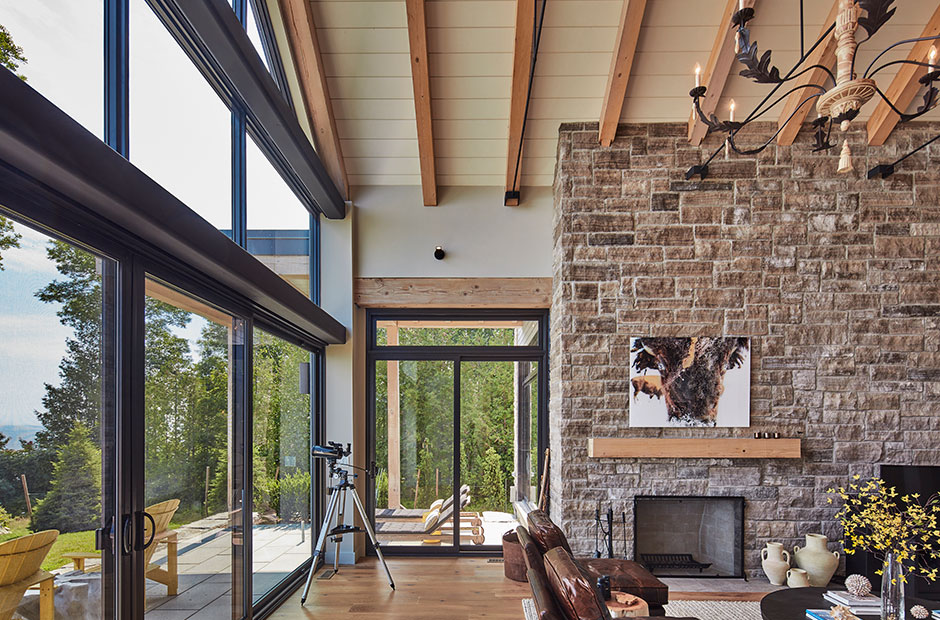 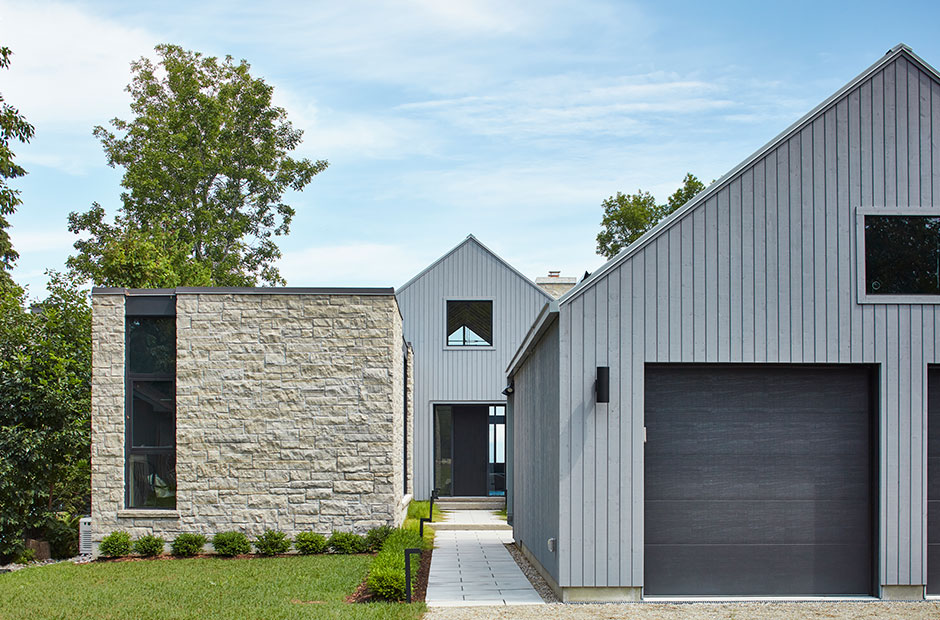 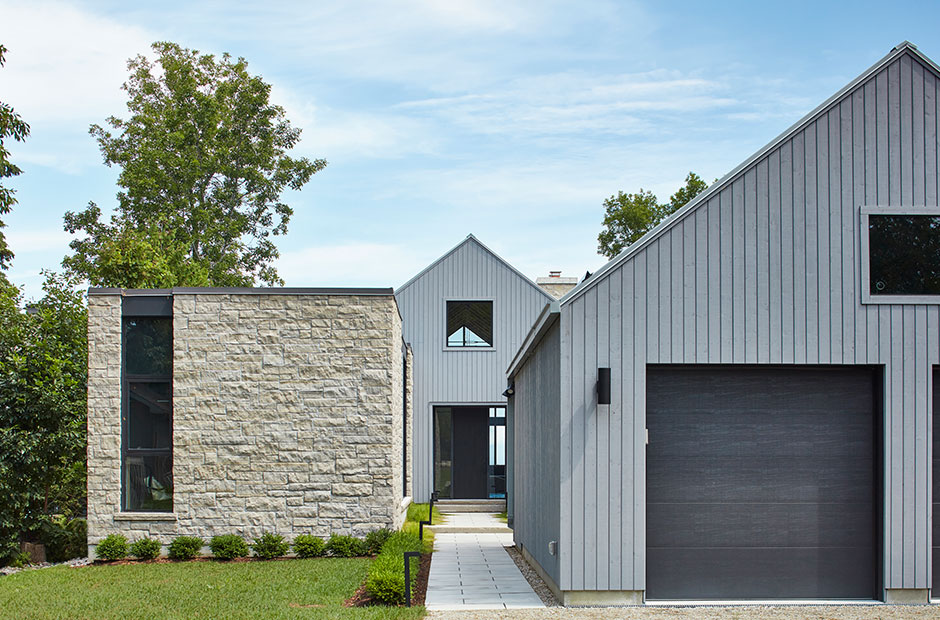 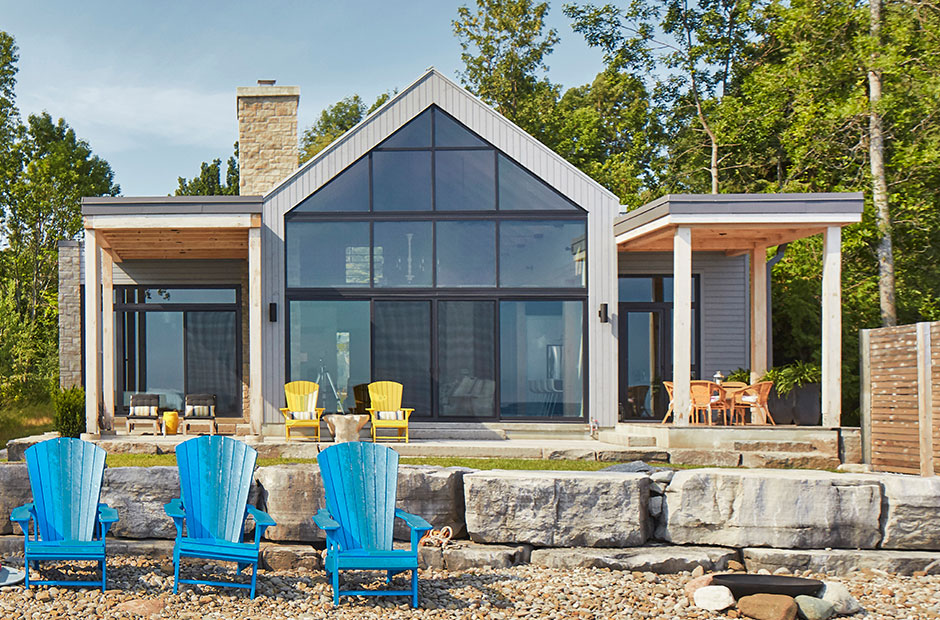 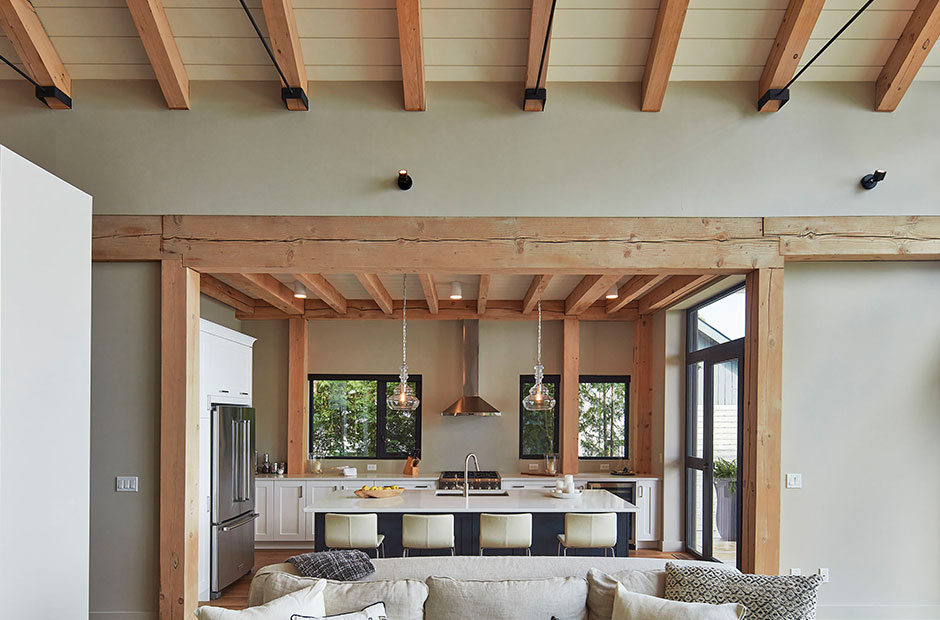 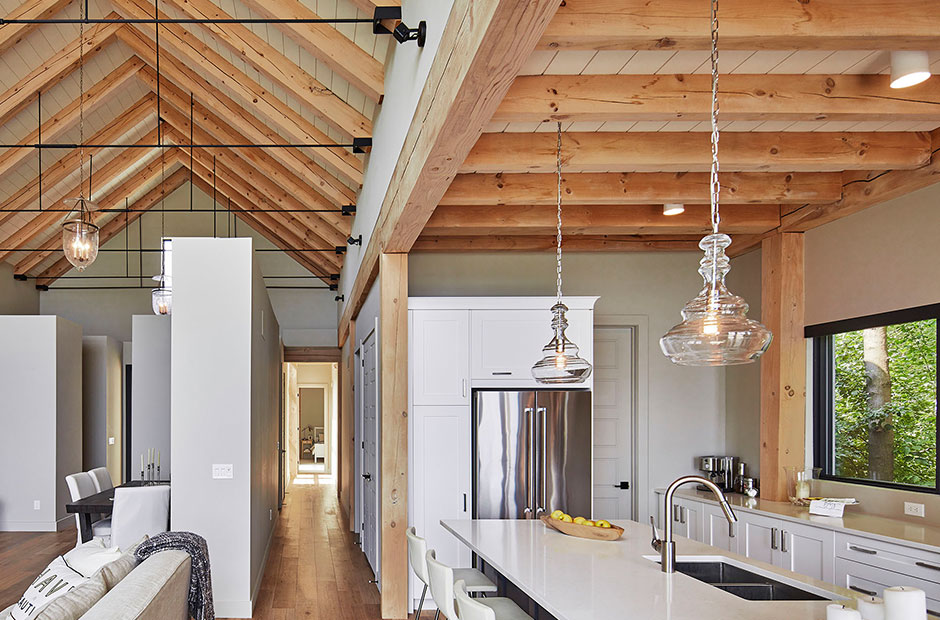 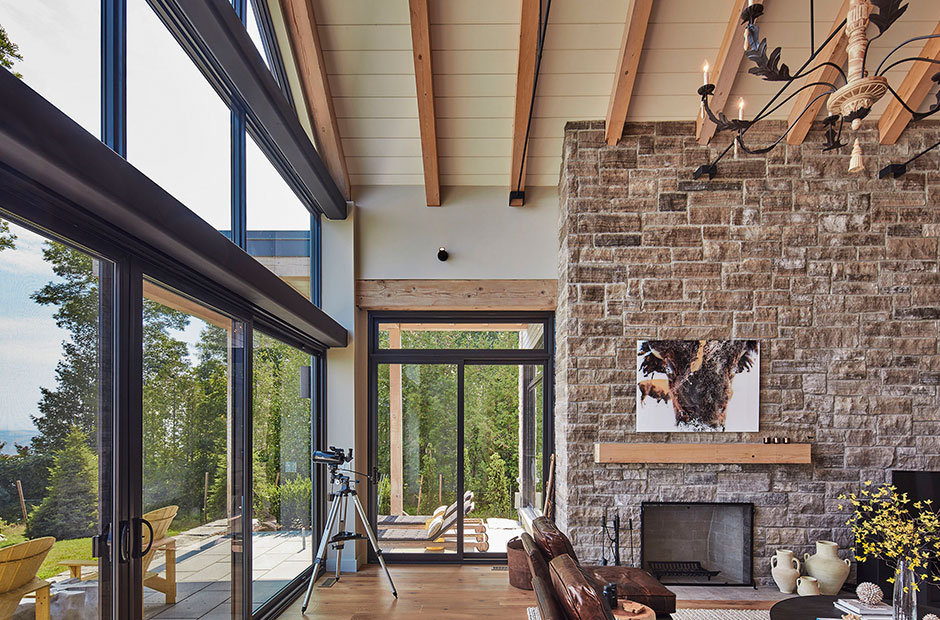 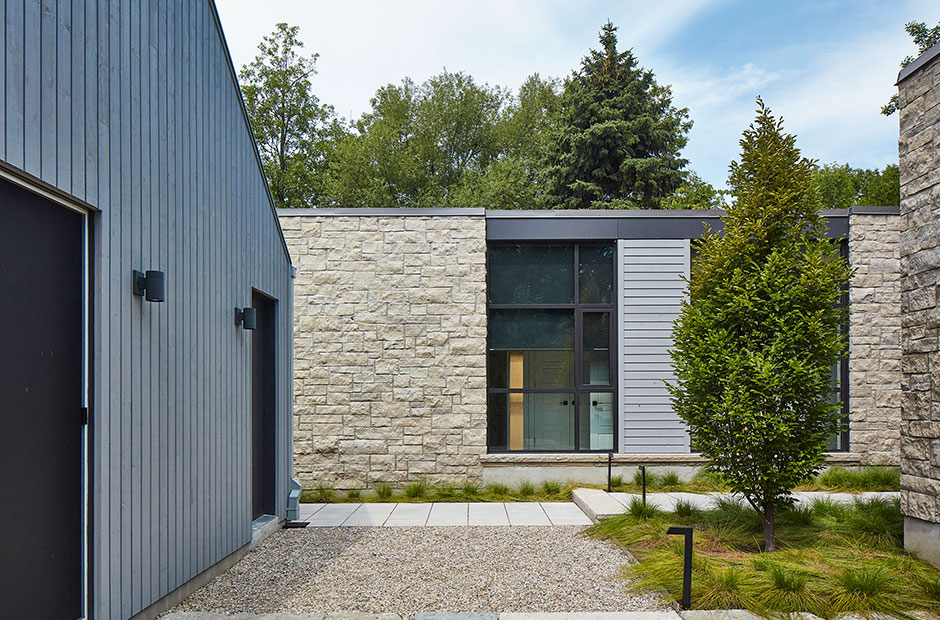 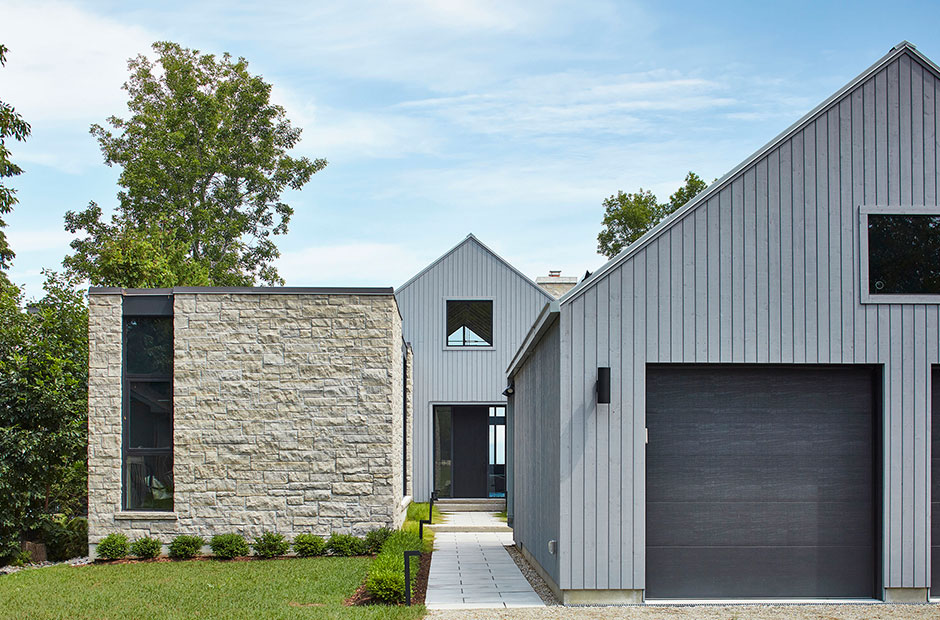 The Thornbury Cottage is situated on Georgian Bay. Arriving from the city, the view of the water in this area has an immediately calming effect, and ATA’s design approach for the cottage, given this view, was to avoid an immediate reveal and instead build a sense of expectation and arrival. To achieve this goal, the spaces within the cottage were assessed and critiqued for their importance in a family’s enjoyment of the cottage experience. The garage became a separate structure closest to the road and farthest from the water. The bedrooms were treated as one-storey arms that embrace the communal living space.

Upon arrival at the cottage, the open space of the road shrinks to a narrow passageway between the bedroom wing and the garage, which acts as a small version of the tall gabled centre living space. This passage opens to a small courtyard that leads to the front entrance, where the façade of the cottage (largely solid except for the entranceway and window above) becomes visible. The view to the water is concealed until one enters the cottage, and even then it is a view through a tall slot. It is not until one reaches the Great Room, anchored by a large wall of stone that surrounds the fireplace, that the view opens to the fully glazed gable end of the cottage.

The design of the cottage expresses the interplay of similar and contrasting elements that are architecturally linked to form the whole. For example, the 1 ½ storey gabled Great Room is encompassed by one-storey flat roofed bedroom arms. In contrast, the smaller gabled sister is separated, and the one-storey bedroom section reaches forward toward that sister, so that it is visually linked to the rest of the house while remaining physically separate.

ATA felt that a cottage should not be static, but rather portray a dynamic relationship between structure and nature, where the structure extends out into the landscape. The open space around the cottage can be overwhelming, and so the architectural space provides a feeling of security that enhances enjoyment of the water view and its unending horizon.

Wood is another important element in this cottage. Early in the process, ATA had to determine how wood timbers from another dismantled building could be used for the structure of the Thornbury Cottage. The reclaimed wood columns form the majority of the one-storey structure. The exterior skin was designed so that the reclaimed timbers could be left exposed as an integral part of the architecture and the interior environment. Even in the lofty Great Room spaces, the wood provides a sense of warmth that humanizes the space.

The end result is a cottage that scales down to its neighbours and fits comfortably on its side, with natural materials and colours that integrate the building with its natural surroundings.

The project was constructed by REIS Developments, a leading contractor / developer in the area. 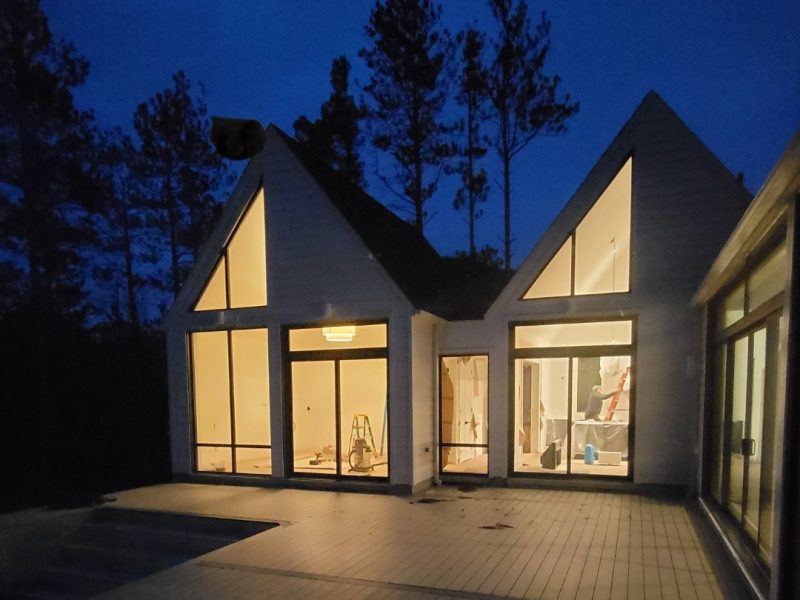 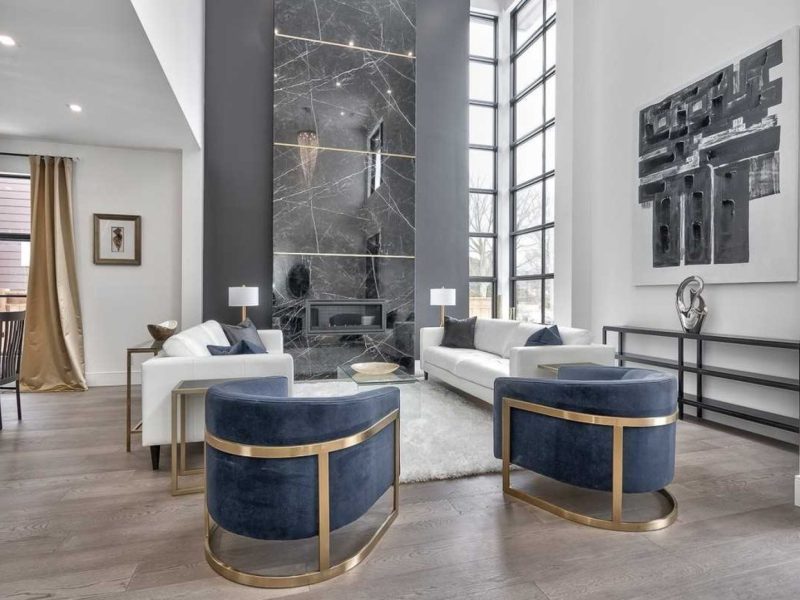 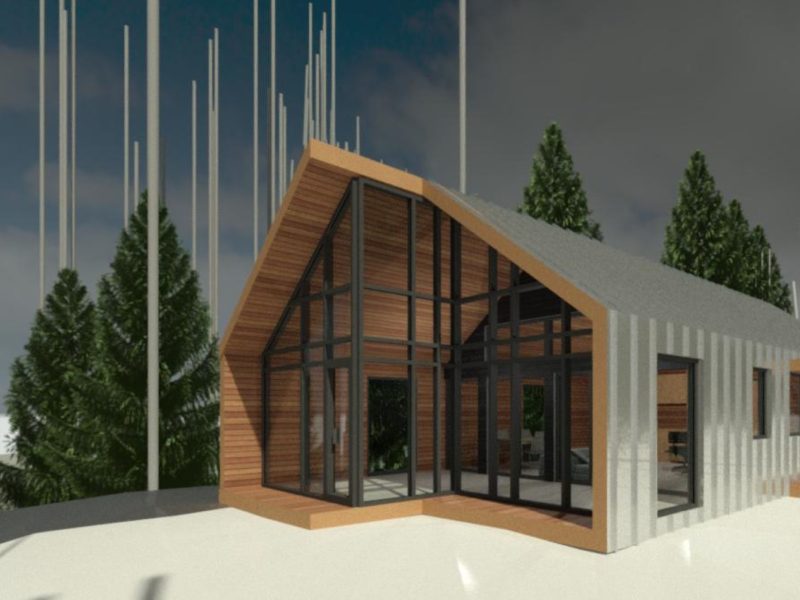 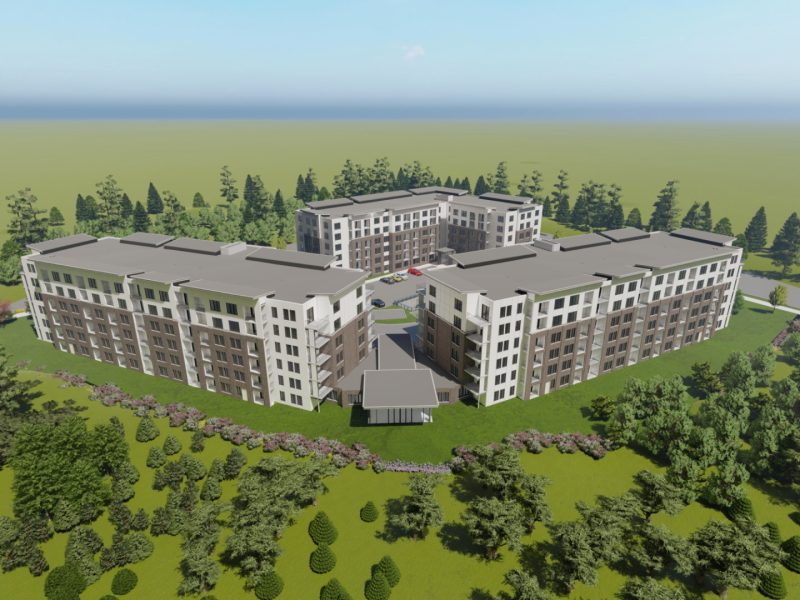 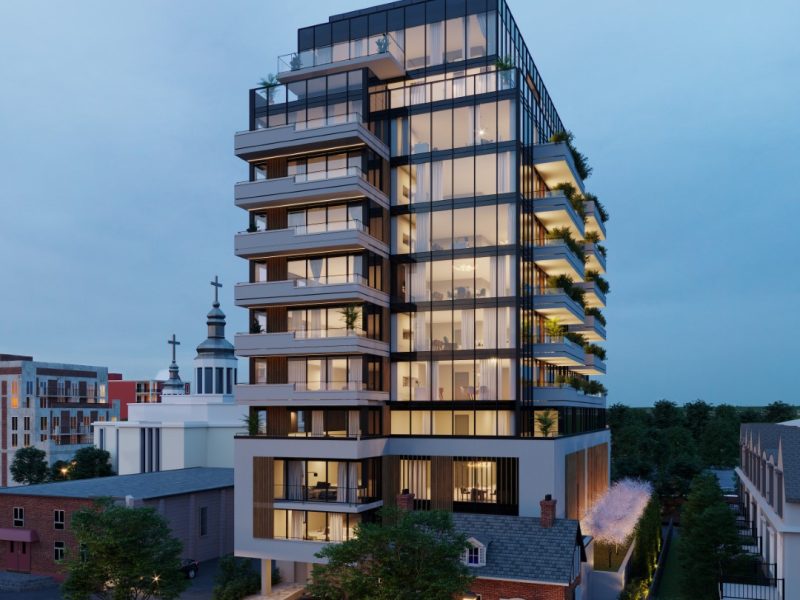 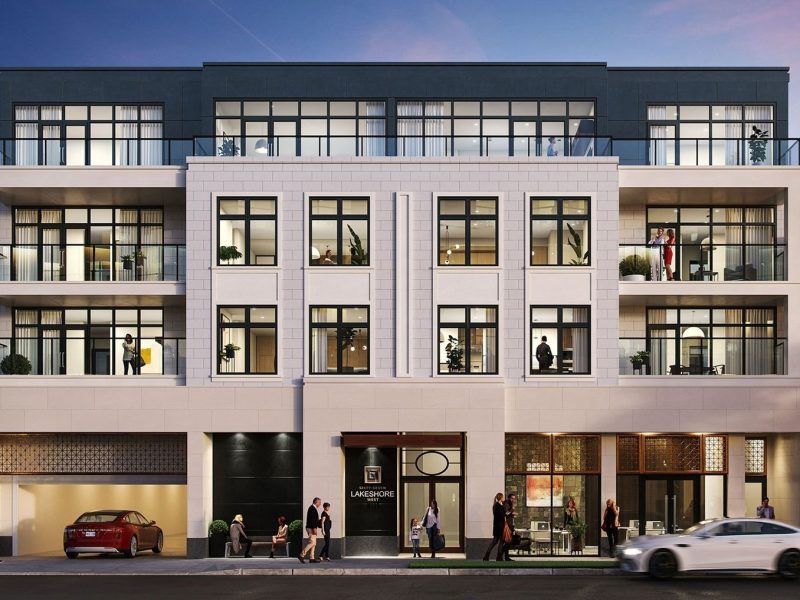